Having seen the Sorby Pro Edge sharpening system I thought that I would have a go at making my own.

In early 2009 the local Aldi store had a TopCraft grinder / belt sander on special offer and I bought one for about 20€. I found that the belt turned the wrong way for what I wanted so I stripped the unit down and found that I could flip the outer winding of the motor over to give the correct rotation that I wanted and still leave the grinding wheel on the left and the belt on the right. On the left hand side I removed the grinding wheel and its guard and replaced it with a 6 inch linen wheel that I now use for honing my turning tools. I had to alter the angle of the belt sander to become more vertical and this I did by re-drilling the belt housing mounting bolt holes.

I then mounted the modified unit on a base board and fitted a spare Wolverine mounting below the belt sander. I increased the height of the V bar of the Woverine bar with a small welted bracket but this could have been achieved just as easily by mounting the motor higher in relation to the base board. It now works fine with both the fingernail attachment and the straight V bar. 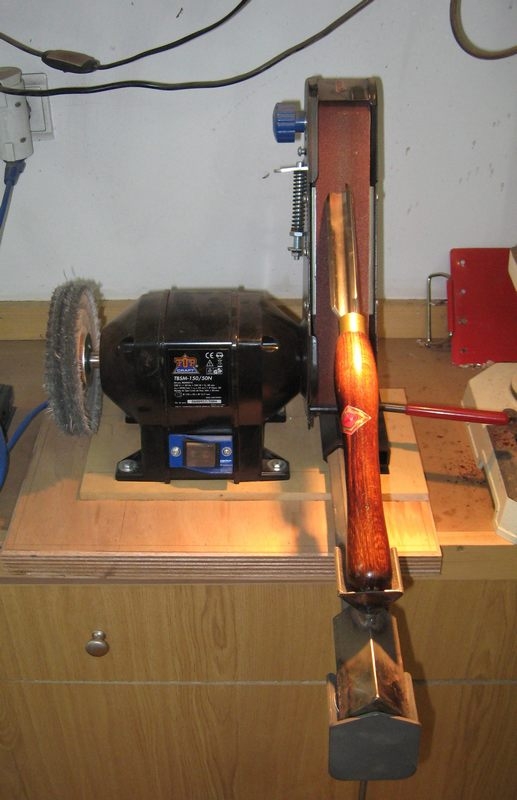 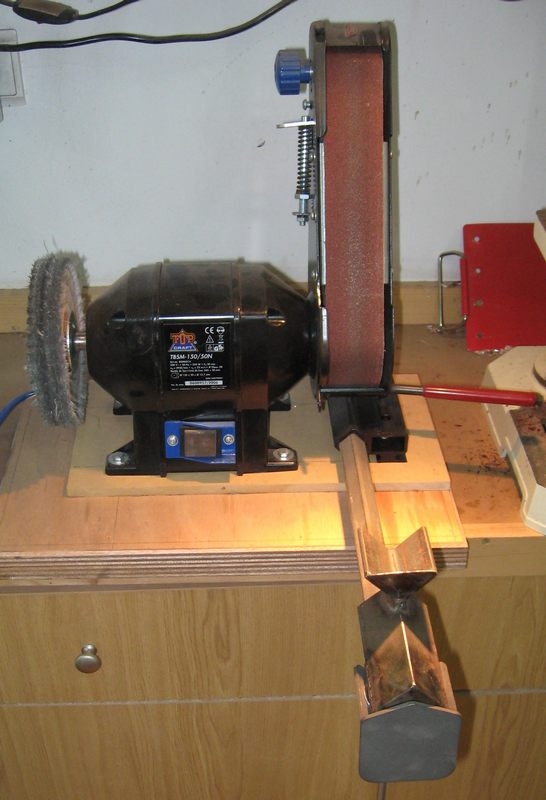 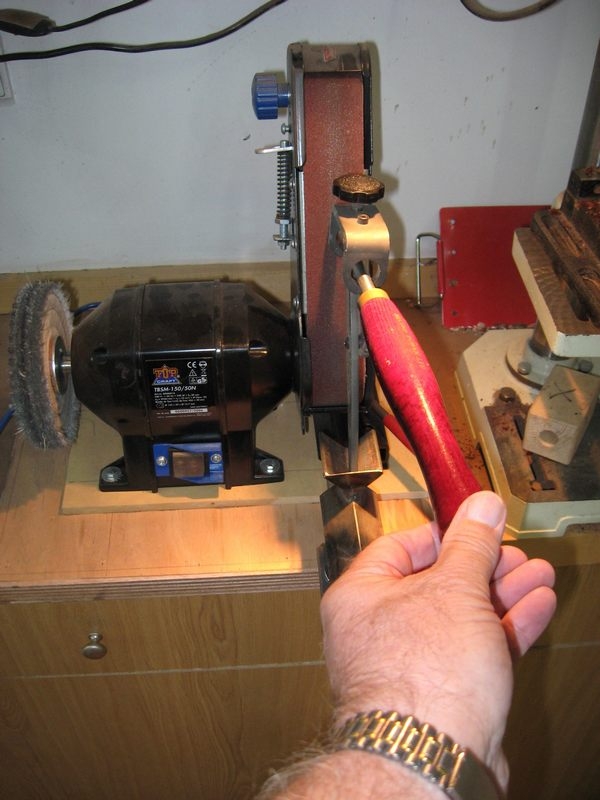